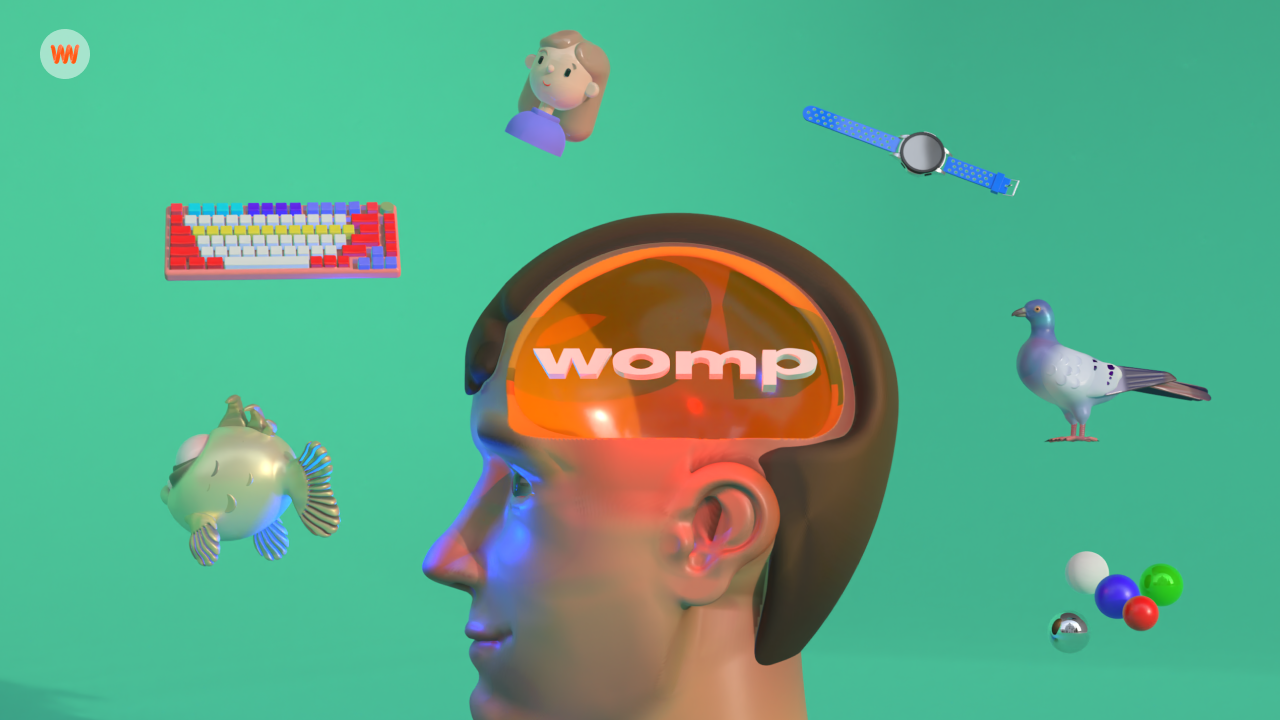 Just like images and video, there are a variety of 3D file formats available. Different industries and applications use a specific file type. The reasoning varies from one industry to another, and depends on the purpose of the file. There are some file formats used in a majority of sectors.

In this article, we’ll start by giving you a brief intro to some different 3D file formats and their unique features. We’ll share the popular 3D file formats used in different industries, and converting files in Womp.

Raster images are files like .jpg and .gif. Scaling down these images is easy but enlarging them causes pixelation or blurring. So, for images that need to be scaled to different sizes, we use vector graphics. Vector graphics are best for printing since they are composed of a series of mathematical curves. As a result, vector graphics maintain their quality when they’re enlarged.

You can also easily make a vector file into a 3D STP file by adding depth to it, using beveling, and adjusting lighting. In Womp, you can import 2D icons, text, and files, and export them as a 3D NURB file. You can also convert a 2D .svg file to a 3D .obj file.

STEP or STP stands for The Standard for the Exchange for Product Data. Automobile, aeronautics, construction, and other engineering-related industries rely on this file type. Both STEP and STP formats are acceptable. STP files encode the topology, texture, material type, geometrical tolerance, and other material or product-related information.

The .dae file format is used for filmmaking and in video games. This file supports features like animation, textures, materials, colors, and other appearance-related attributes. Because it supports physics and kinematics, it’s a more uncommon 3D file format that stores information with the help of XML.

CAD stands for Computer Aided Design. A CAD file is a digital file format of an object generated and used by CAD software.

A CAD file contains a technical drawing, blueprint, schematic, or 3D rendering of an object. There may be other CAD tools that can be used to create, open, edit and export these .cad files to more widely used CAD drawing file formats.

3D CAD is a technology that engineers, product developers, and 3D designers use to create functional prototypes of three-dimensional objects. With 3D CAD, designers can create and modify every detail of a product, part, or assembly.

How to Make 3D Icons

Use 3D Creations to Build Your Design Portfolio

Thank you! Your submission has been received!
Oops! Something went wrong while submitting the form.